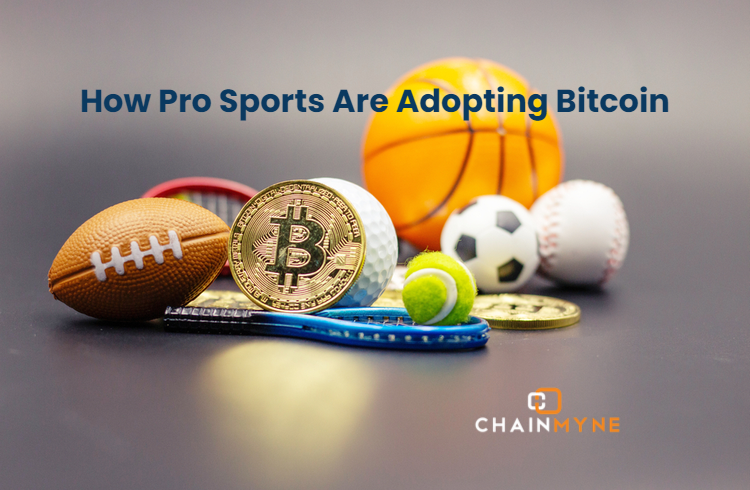 A look into how pro athletes have been taking advantage and playing the cryptocurrency game.

With every new fad or trend taking form within mainstream culture, it takes a certain individual to spark exponential adoption. In the past, one would need advertising and television networks to promote their ideas and products. However today, professional athletes, in particular, have the opportunity to present products and information to their fanbase fairly quickly via social media.

The demand for payment in Bitcoin by professional athletes is a very positive development that has been gaining traction over the last few years. Someone looking in from the outside might call bitcoin adoption among athletes a “fad” or a “trend” but many are putting a serious amount of their salaries into the digital asset.

Russell Okung – In 2019, Okung (Offensive Tackle) posted a tweet stating “Pay me in Bitcoin” and was met with much criticism for how it would not be possible or that Bitcoin is in a speculative bubble that would crash to zero. About 19 months later, Okung confirmed that he was finally paid in Bitcoin. He was able to convert half of his $13 million salaries to purchase an estimated 240 bitcoin. At a price of 45k per bitcoin, Okung’s holdings stand at about $10.8 million.

Matt Barkley – Barkley (Quarterback for the Carolina Panthers) also wanted to be paid in Bitcoin during the same time Okung was requesting to be paid. There is no confirmation that he was ever able to get his current team to pay him in Bitcoin but he continues to post about Bitcoin on his Twitter account.

Trevor Lawrence – In April of 2021, Lawrence (Quarterback for the Jacksonville Jaguars) signed an endorsement deal with Blockfolio. His estimated $22 million dollar salary for the year was converted into Bitcoin and other cryptocurrencies within the app. Blockfolio has recognized that awareness is at an all-time high but adoption still has a ways to go. Lawrence’s deal includes helping with Bitcoin adoption and education for the space.

Saquon Barkley – In July of 2021, Barkley (Running Back for New York Giants) announced that he will be taking all of his endorsement money in Bitcoin. In an interview with podcaster Anthony Pompliano and Strike CEO Jack Mallers, Barkley addressed his concerns for inflation and the guidance he received from Mallers to buy Bitcoin.

Aaron Rodgers – In November of 2021, Rodger (Quarterback of the Greenbay Packers) announced on Twitter that he will be taking part of his salary in Bitcoin with sponsorship from Cash App. With the sponsorship, he gifted a total of $1 million dollars worth of bitcoin to his fans and followers.

Odell Beckham Jr. – In a similar fashion to Rodgers during the same month, Beckham (Wide Receiver for the Los Angeles Rams) announced that he will be partnering with Cash App to take his new salary in bitcoin. Also like Rodgers, he distributed $1 million dollars worth of bitcoin to his fans and followers.

Sean Culkin – In April of 2021, Culkin (Tight End) announced that he wanted to be the first NFL player to convert his whole salary into bitcoin but unfortunately was not drafted for the season with the Kansas City Chiefs. He tweeted later that week stating “Forever betting on myself and trusting the value I bring on & off the field.​​” We have certainly not heard the last of Culkin’s endeavors to bring value to others in the future.

Cade Cunningham – Cunningham (Detroit Pistons) is one of the few basketball players publicly known to be purchasing bitcoin. He partnered with BlockFi in August of 2021 for a multi-year deal and received his signing bonus in bitcoin with the platform. Cunningham’s entire contract added up to about $45.6 million dollars while being paid an additional $10.1 million dollars for the 2021-2022 season.

Sacramento Kings – In 2014, one of the earliest teams on record to begin accepting bitcoin for tickets and merchandise are the Sacramento Kings. In April of 2021, the team stated that all players and staff may now accept any percentage of their salaries in bitcoin.

Perth Heat – One of the most recent bitcoin adoption developments comes from the Australian baseball team, Perth Heat. The team announced that they will be going on a Bitcoin standard by paying their players and staff in bitcoin, accepting tickets in bitcoin, and most importantly holding bitcoin on their balance sheet. The Perth Heat are the Australian Baseball League’s most successful club and are committed to using all of the advantages that the Bitcoin network has to offer in the foreseeable future.

The implications for a top team like the Perth Heat to accept bitcoin for their products and services while also putting bitcoin on their balance sheet are transformative for the way sports franchises will operate their business in the future. Allowing their fans, players, staff, and the club itself the opportunity to also hold and transact with bitcoin truly empowers them to benefit from cheap transactions on Lightning as well as storing the value of each transaction. The Perth Heat are setting the playbook for how to utilize bitcoin to its full potential from the top down for everyone involved within the organization.

5 Things You Need to Know Before Buying Bitcoin

For those about to begin their Bitcoin journey, there are five key points to know before proceeding.   Bitcoin Is...

A look into how pro athletes have been taking advantage and playing the cryptocurrency game. With every new fad or...